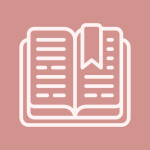 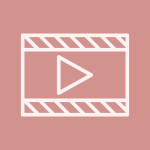 Cornerstones: Founding Voices of the Black Church. Without people, there can’t be a church. So, who were the people who made the Black church possible in America? How could a nation embrace the Christian Gospel and Constitution that were so clearly anti-slavery and still justify slavery? According to the Bible, Christians are charged to spread the Gospel, gather, read scripture, and serve one another. According to the Constitution, all men are created equal. So, who were the Americans that brought the country to face the promises it wasn’t living up to? In this short animated series, we look at just a few pivotal people who brought the reality of the right to gather, read, sing, worship, and share these truths that should have always been self-evident.

The Hidden History of New Orleans honors the contributions of African Americans to the story of the Greater New Orleans region.

The Story of MLK Jr. by Kid President

The Legacy of MLK Jr. by Brain Pop

About the  “I Have A Dream Speech” by the History Channel. The full 17 minutes of the speech and transcript on NPR

TedTalk: T. Morgan Dixon and Vanessa Garrison, founders of the health nonprofit GirlTrek, are on a mission to reduce the leading causes of preventable death among Black women -- and build communities in the process. How? By getting one million women and girls to prioritize their self-care, lacing up their shoes and walking in the direction of their healthiest, most fulfilled lives.

"Lift Every Voice: History of Black Music". America’s DJ Questlove and U.S. Senator Cory Booker sit down to talk about the history of black music, some of their favorite songs growing up, and the music that inspires them today. (58 min)

Good Hair starring Chris Rock. In this eye-opening documentary, Chris Rock takes us around the world, to shine a light on the importance of hair in our culture. (1 h 35 min)

Reconstruction and 1876: Crash Course US History #22. Following the end of the Civil War, many African Americans found themselves turning from slavery to sharecropping, an unfair system that would last until World War II and the Civil Rights Movement.

Life Aboard a Slave Ship from The History Channel. From approximately 1525 to 1866, 12.5 million Africans were forcibly transported across the Middle Passage to serve as slaves in the New World. Life aboard slave ships was agonizing and dangerous; nearly 2 million slaves would perish on their journey across the Atlantic. 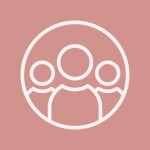 Black-owned restaurants in New Orleans. These black-owned dining establishments boast some of the best cuisine around. 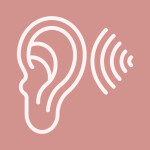 Podcast: GirlTrek’s Black History Bootcamp offers twenty-one, 30-minute episodes of history lessons featuring lessons of our country’s Black foremothers. Apple | Spotify. Be sure to start with Episode 1, Audre Lorde. You will have to scroll to the bottom.

On the Shoulders of Giants - When Colin Kaepernick took a knee to protest police brutality in 2016, he joined a long line of black athletes using their platform to fight for a better world for black people. In 2019, we featured an episode of NPR's Throughline podcast, which tells the stories of three black athletes who protested injustice: Jack Johnson, Wilma Rudolph and Mahmoud Abdul-Rauf. 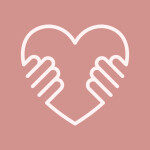