The Mystery of Christmas

Welcome to The Mystery of Christmas: The Incarnation, a walking meditation of a Godly Play® presentation based on Giotto di Bondone’s 14th-century frescoes adorning the Scrovegni Chapel in northern Italy and Madeleine L’Engle’s book The Glorious Impossible (Simon & Schuster, 1990).

Everything is about to change.

The season of Advent has begun. It is the season of getting ready. The Church learned a long time ago that people need a way to get ready to enter or even come close to a Mystery like Christmas. Sometimes, people walk right through a Mystery and don’t even know it’s there! They don’t know how to get ready, or maybe they just forgot.

The Church set aside four weeks to get ready. Christmas is such a great Mystery that it takes that long to get ready. During this time, we are all on our way to Bethlehem. We are all making the journey. We are all getting ready to enter the Mystery of Christmas. So let’s go with the prophets, the Holy Family, the shepherds, the angels, and the Magi, and all the rest to make the journey that was not just back then. It is also now. 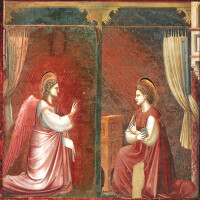 "The angel said to her, "The Holy Spirit will come upon you, and the power of the Most High will overshadow you; therefore the child to be born will be holy; he will be called Son of God." - Luke 1:35 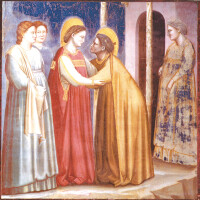 "My soul magnifies the Lord, and my spirit rejoices in God my Savior, for he has looked with favor on the lowliness of his servant. Surely, from now on all generations will call me blessed; for the Mighty One has done great things for me, and holy is his name." - Luke 1:46-69 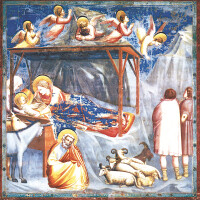 "While they were there, the time came for her to deliver her child. And she gave birth to her firstborn son and wrapped him in bands of cloth, and laid him in a manger, because there was no place for them in the inn." - Luke 2:6-7 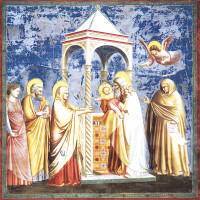 The Presentation at the Temple

"Master, now you are dismissing your servant in peace, according to your word; for my eyes have seen your salvation, which you have prepared in the presence of all peoples, a light for revelation to the Gentiles and for glory to your people Israel." - Luke 2:29-32 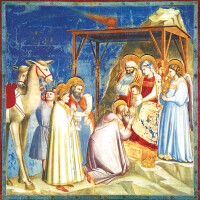 The Adoration of the Magi

"In the time of King Herod, after Jesus was born in Bethlehem in Judea, wise men from the East came to Jerusalem, asking 'Where is the child who has been born king of the Jews? For we observed his star at its rising, and have come to pay him homage.' " - Matthew 2:1-2 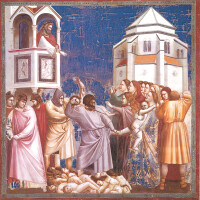 The Massacre of the Innocents

"When Herod saw that he had been tricked by the wise men, he was infuriated, and he sent and killed all the children in and around Bethlehem who were two years old or under, according to the time that he had learned from the wise men. Then was fulfilled what had been spoken through the prophet Jeremiah, 'A voice was heard in Ramah, wailing and loud lamentation, Rachel weeping for her children; she refused to be consoled, because they are no more.' " - Matthew 2:16-18 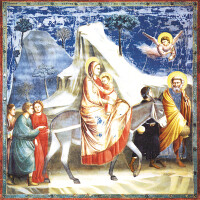 The Flight into Egypt

"Now after they had left, an angel of the Lord appeared to Joseph in a dream and said, "Get up, take the child and his mother, and flee to Egypt, and remain there until I tell you; for Herod is bout to search for the child, to destroy him." - Matthew 2:13 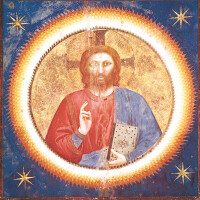 The Mystery of Christmas (Christ)

When Jesus grew up he grew into greatness and the Mystery of Christmas increased.